This guide includes information about citing your sources, including MLA, APA and Chicago / Turabian citation styles.

In this seventh edition, the editors finally conceded to good sense to recommend only one space after punctuation at the end of a sentence, a stance that took academic Twitter by storm. But there are more significant updates to the previous edition (2010) that make scholarly communication clearer and more effective. (from Booklist, February 1, 2020)

This handbook is currently on order. This status will change when it arrives. 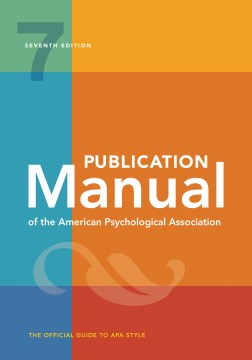 This book is the foundation for APA Style. If you have a question that isn't answered by this guide, check in the Handbook. Ask for it at the Help Desk - 808 PUB. 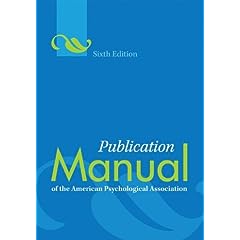 Direct Quotation
APA Style requires that you list the author, date, and page number when quoting the work of another. You can do this by using a signal phrase to indicate what ideas are yours and what are the ideas of others.
Block Quotations
For quotations of 40 words or more, you should leave out the quotation marks and begin the quotation on a new line that is indented an additional half inch from the left margin.  This is called a block quotation.

Paraphrasing
If you are referring to the ideas of others without using their actual words, this is known as paraphrasing. When paraphrasing, use the same (Author, Date) format listed above. APA Style does not require you to use page numbers when you paraphrase, but you are encouraged to do so.
How the citation will appear on the Works Cited page